Mr. Okada was born in 1963. After graduating from Musashino Art University in 1988, he joined Wacoal Art Center. Currently Mr. Okada is a senior curator of Spiral, a complex of cultural facilities run by Wacoal Art Center. In addition to organizing contemporary art exhibitions at Spiral, he involves various other exhibitions and public art projects for other facilities or local government as producer. 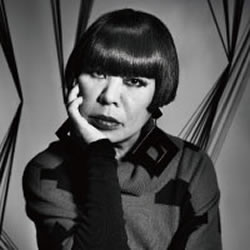 When Ms. Koshino was a mere 19 years old, and the student of Bunka Fashion College, she won the 7th SOEN Award (which is known as the first step to a successful career for fashion designers). She became the youngest designer ever to win this award.
Ms. Koshino participated in Paris Fashion Week for the first time in 1978, and held fashion shows all around the world - Including Beijing, New York (at Metripolitan Museum), Viet Nam, Cuba, Poland and Myanmer.
She also has worked in design of costumes for operas ("The Magic Flute" "Madame Butterfly") and broadway shows ("Pacific Overtures", she was nominated for Tony Awards' the Best Costume Design of a Musical).
Ms. Koshino has been very active in many different fields such as uniform design for sports teams or interior designing.
In 2017 she was designated a Bunkakorosha (Person of Cultural Merits). Now Ms. Koshino is a committee member of Culture and Education Commission for Tokyo 2020 Olympic Games.

Arina Tanemura is a widely acclaimed Japanese manga artist. She made her professional debut with The Style of the Second Love" in 1996.
Ms. Tanemura is best known for her work in the "Phantom Thief Jeanne" and "Full Moon o Sagashite" manga series. Recently she has become a free agent manga artist and worked on a character design for several popular video games as well.

Ms. Tezuka is a daughter of Japan's pioneering manga artist Osamu Tezuka (Astro Boy, Kimba the White Lion, Phoenix, etc.). After the passing away of her father in 1989, Ms. Tezuka has been working as a producer involved with father's vast intellectual properties. She is also very active in various fields such as organizing art exhibitions, appearing on radio, writing books and even running her own record label called MUSIC ROBITA. 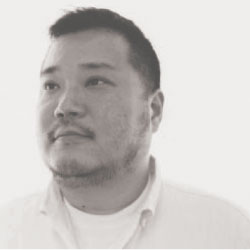 Mr. Matsushita graduated in general design from Tokyo National University of Fine Arts and Music and then in 1985 and then in 1987 completed his postgraduate studies. Currently Mr. Matsushita is a professor at the same university. He was awarded with prizes include JAGDA New Designer Awards, TOKYO ADC Awards, Education Minister’s Award and Good Design Award. Recent works include a design for 21_21 DESIGN SIGHT exhibision catalog, and art direction of Good Design Award or Takeo Paper Show. 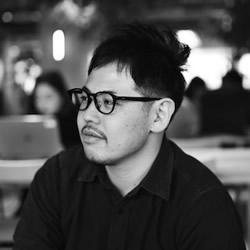 Mr. Noriaki Tanimura was born in Kyoto in 1988. His unique Sumi-e (ink paintings) of Yokai (Japanese supernatural creatures) are renowned in and out of Japan. He has been active in various fields such as advertising/branding, digital art, fashion, even worked on album cover design. Recently Mr. Tanimura was selected as one of Lürzer's Archive's "200 Best Illustrators", and his illustrated book “Washable Book” won the Good Design Award in 2018.